An introduction to embodied carbon in facilities management 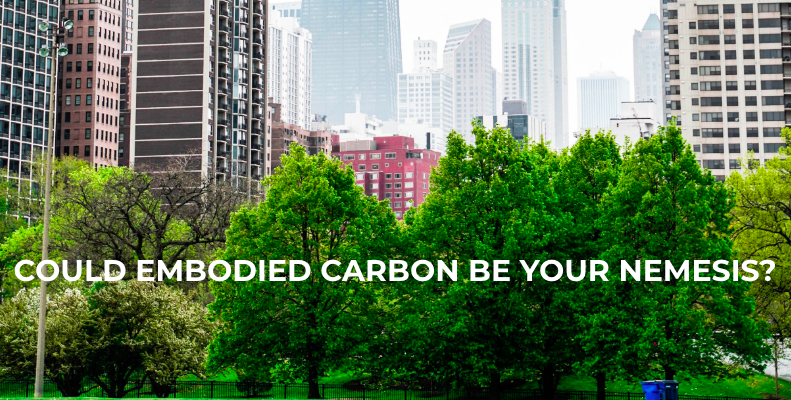 Hang on a minute, you get carbon footprints, carbon emissions, and you understand the drivers for sustainability in light of the UK Green Building Council’s programme to achieve 100% net zero carbon buildings by 2050.

You also know that troublesome assets in the estate might need replacing in the near future, but are you sure what the impact of embodied carbon is?

Embodied carbon is the total amount of non-operational emissions (i.e. emissions involved in the production, installation, maintenance, replacement and recycling) of an asset and can account for more than 50% of your building’s overall carbon impact over a 30-year period.

Making up more than half of the emissions, it’s a critical consideration in facility management. Reducing embodied carbon should be a major part of your organisation’s climate change strategy and will help you achieve credits in building sustainability schemes.

The FM’s job just got a whole lot more complicated

When considering the sustainability of a building, we’re used to focusing mainly on the operational aspects of it. For example, how much greenhouse gas is produced in a month, a year, throughout its lifetime based on energy usage.

But now, you’ll need to consider the wider ramifications of inaction. And how that might affect the total asset value and performance of the estate or property under your care.

Where once you’d replace an asset and perhaps choose the cheaper of two options, now you’ll need to think differently. Assessing embodied carbon over the longer term will include carbon creating construction, manufacturing and maintenance processes. So perhaps a more expensive option would be best?

Especially when you think back to all the occasions your old asset would break down and the resources spent fixing it time and time again.

However, the benefits of assessing embodied carbon are not limited to the environmental impact alone.

For example, the resource expenditure associated with maintenance also comprises part of the embodied carbon. If your assets break down every couple of months and need fixing the embodied carbon impact accumulates into a substantial sum over the years. 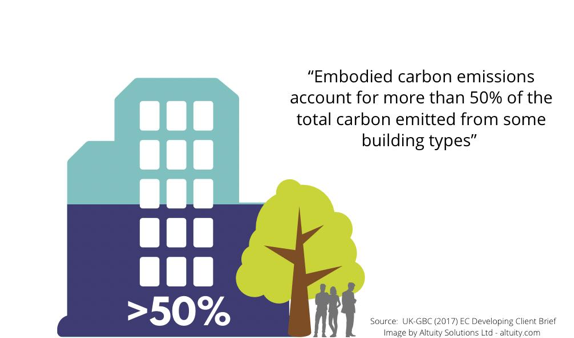 Evaluating upfront the amount of embodied carbon over an asset’s lifecycle helps to avoid being stuck with an unsustainable asset. By taking these emissions into account, you’re essentially evaluating the longevity of an asset and being proactive with facility management.

So we now need to double-check our assumptions about assets and their environmental impact. For example, should we install double or triple glazing? Triple, right? Well not necessarily as it happens.

This appears counter-intuitive, doesn’t it? Let’s consider an example…

Double-glazed windows may be more carbon-efficient in certain buildings than the triple-glazed kind. Though the former offers less insulation and because of this need additional operational expenditure e.g. in slightly higher heating bills, initial and subsequent upkeep costs are much lower than for triple glazing.[1] Overall, capital investment and maintenance costs are less, with just a small potential operational increase over the lifetime compared to triple glazing, which doesn’t offset the other savings in embodied carbon.

So, the next time you need to acquire or replace an asset consider making an embodied carbon assessment of the replacement. That way, you’ll be meeting your own sustainability targets and helping to achieve society’s net zero targets. You’ll also be doing right by your client or employer.

Photo by Carson Masterson on Unsplash